The goal of this camp was to create the Special Orchestra’s first music video called “Avaze Solh (The song of peace)” This music video was produced with the financial support of “Soroush-e Mowlana” institute in order to be broadcast in Tehran’s Peace and Morality conference, and a lot of effort was put into creating it.

Sound recording, selecting the proper locations, providing the equipment at the director’s request, providing food and shelter for guests and other things caused a lot of companions to help the Special Orchestra in this action and at the end the “Avaze Solh” music video was created with the effort of the leader, members and others. 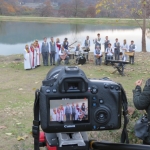 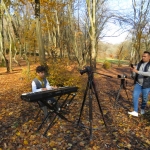 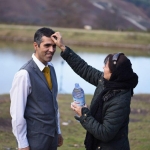 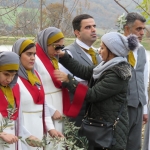 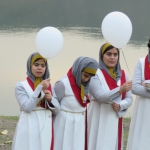 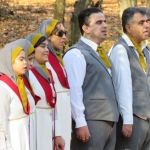 This camp was on for 5 days, members of the band had a chance to have group practices and enjoy from being with each other in a beautiful environment and having welfare amenities.

The band practiced everyday from 8 am to 1 pm and from 5 pm to 8 pm, which beside practicing songs, auditory training and stage performance etiquettes workshops were held for members. 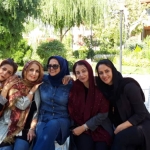 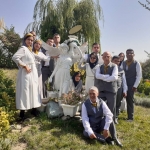 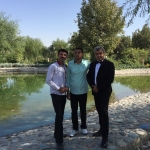 The Special Orchestra’s fourth musical training camp was held at Badeleh Student camp in Sari on September 2018 for five days. Mr. Rouhi was kind enough to financially support the band for this camp.

This spacious campground includes gaming facilities, gazebos which were placed in forest, amphitheater and dinning salon. During the camp everyday, from 9 am to 1 pm and from 5 pm to 8 pm, the band practiced 11 songs to get ready for the opening ceremony on November.

In this camp a number of mothers and colleagues, psychologist and music instructors were present as well. and musical improvisation and choir workshops were held by the leader of the band. and with pre-set arrangement, The Simaye Kohan filming crew came to camp to make a video about introducing members of the band and their wishes. 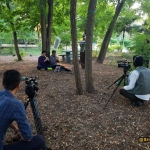 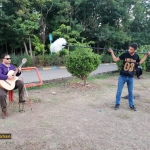 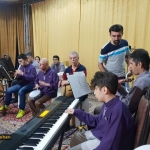 This campground ,which is located at a seaside and it belongs to State welfare organization, includes amphitheater, restaurant, sports facilities etc. And because of that, beside practicing for 10 hours a day, members of the band could use their free time in the best way they could and enjoy the beautiful nature. 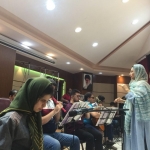 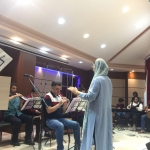 This camp ,which was on for a week, was set up with the help of the State welfare organization and Hamdam charity institute; and the goal of the camp was practicing 7 songs out of 11 songs.

Practices were done everyday from 8:30 am to 1 pm and from 5 pm to 8 pm; and during this time beside practicing songs, workshops such as Familiarization with conducting signs, solmization and auditory training workshops were held. In addition, members of the band visited Mashhad’s entertainment venues and holy places in their free times and had a great time with each other.

By receiving a license from The Ministry of culture and Islamic guidance in April 2017, and with the support of State welfare organization of Golestan province, The Special Orchestra of Iran was established through a ceremony in Tuskestan campground. The goal of founding this band is to bring peace, and from that day it began its works with the participation of artists with special needs (mental, physical, vision and autism) from all around the country.

In this camp which was set up for four days, from May 22th to 25th, in Tuskestan campground which belongs to State welfare organization; in addition to recreational activities, solmization workshop, musical improvisation workshop and familiarization with conducting signs and practicing group performing  was held for these precious artists  so in the following camps, they can reach the stage performance level and be ready to put on a concert. 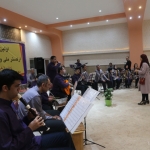